25 August 2011 | By Jonah A. Falcon
Fruit Ninja Kinect will be getting new downloadable content, developer Halfbrick has announced, though no release date has been revealed yet. 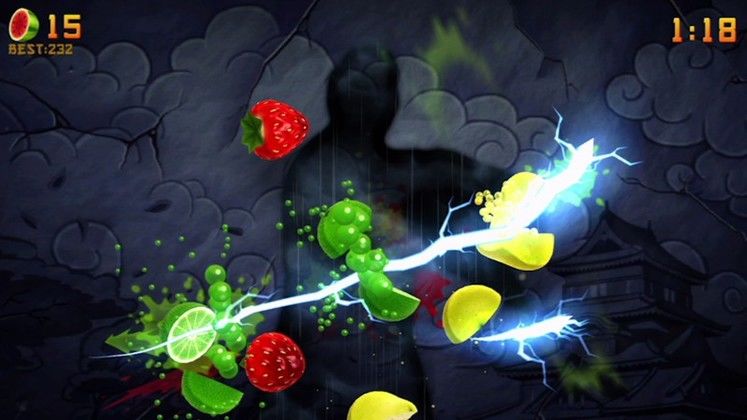 The DLC, called "Storm Season", will include "The Storm Castle" background, "The Rain Man Shadow" player silhouette and the almighty "Lightening Bolt Blade." The DLC will also include three new Achievements for 50 Gamerscore points.