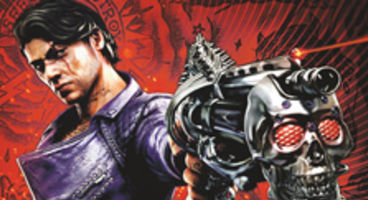 Shadows of the Damned director Massimo Guarini proclaims that singleplayer experiences are "nowhere close to being doomed." Production is the issue.

How the games are sold and by how much matters. They're not "less engaging or interesting" without multiplayer, but price makes gamers "quite sensitive".

"In my opinion, single-player-only games are nowhere close to being doomed. The problem rather lies in how they’re produced, through which channels they’re sold, and at which price points,” said Massimo Guarini. We're stuck in the 'old way' of thinking.

“I can’t see in any way a single-player experience being less engaging or interesting because of the absence of multiplayer. Instead, I can definitely see how players who pay 60 or 70 bucks for a game can be quite sensitive to the lack of additional features that can justify their investment.” Our industry needs a new business model to follow he says.

"We’re still selling at incredibly high price points because we’re still operating like we were five years ago, with just higher production costs."

"Instead of changing our perspectives, we’re still struggling to pack games with features, extras, bonuses, achievements, in order to barely justify that price tag, which is given by excessively high development and licensing costs,” noted Guarini.

Shadows of the Damned was hurt by big production costs. "Original IPs developed with the traditional business model represent a huge risk and require big investments for appropriate promotion. Unfortunately, because of our excessively long development schedule, we couldn’t get a big enough promotion budget to reach out to players in an effective way.”

Having difficulty launching new IP is "the obvious sign an era is ending", said Massimo Guarini, a former Grasshopper Manufacture developer. He left Japan and formed his own videogames studio called Ovosonico.

"We must learn our lesson from the huge, epic failure the music industry is still suffering nowadays for not being able to adapt to the digital Revolution," warned Guarini. Shadows of the Damned released on Xbox 360 and PS3 late last month.