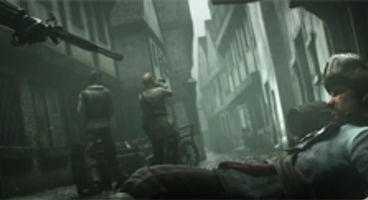 Publisher Deep Silver will be shipping 1 million copies of Risen 2 from Piranha Bytes when it releases early next year, as they invest "more than ever" in the IP.

The high ratings for the Risen 2 trailer "shows the expectations" fans have of the sequel, which introduces pirates. It's had "parallel development" for platforms.

"We are investing more than ever before in the Risen brand," said Deep Silver's Georg Larch. "Even the trailer is already rated with 9.4 of a possible 10 points on Gametrailers.com, which shows the expectations about the title."

Risen 2 is set several years after the first.

Titans have royally screwed up the world and humanity is barely holding on. As the hero we must set out and as a member of the Inquisition and try to set things right. Much like the first game, player choices affect the story and our character's development.

"Together with a highly interactive environment and a full day/night-cycle affecting countless aspects of the game world, Risen 2 will be set in the most immersive RPG game world so far." German studio Piranha Bytes is behind the new RPG series.

Risen 2 releases on Xbox 360, PS3 and PC in early 2012. "We now have a parallel development on three major platforms from the beginning and it is obvious that this will bring a better result," said Risen brand manager Daniel Oberlechner. No cheap ports.