26 August 2011 | By Jonah A. Falcon
Uber Entertainment has announced the follow-up to their surprise hit Monday Night Combat, which will be a PC exclusive and free-to-play. Super Monday Night Combat will expand on the original, making it "Defense of the Ancients - with guns". 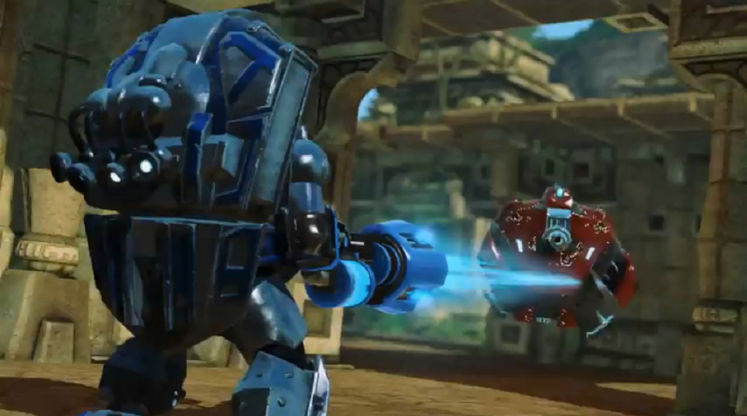 As with the original, players will work together in escorting a gaggle of robots toward their opponent's Moneyball. Some players can escort the 'bots, others can go after the opposing players, while others can build defenses. Adding some spice to the proceedings are three new classes: Combat-Girl, a support role who has her own turrets, The Veteran,a former champion wrestler whose abilities are based on a grappling, and wields, yes, a grappling hook, and The Gunslinger, who has two guns - one a Love gun, the other a Hate gun.

Since the game has gone free to play, a new leveling system has been included, with an initial cap of 15. "In the original Monday Night Combat you could only level up your skills, and the power difference from early game to late game was marginally better," accordfing to creative director John Comes in an interview with Kotaku, "Now, it's greatly better." Matches have been extended to more strategic affairs, thanks to the DotA-inspired turret checkpoints.

As with free-to-play games, players can pay real world money for cosmetic enhancements as well as other premium perks, which haven't been elaborated on yet, but Uber promises players who don't shell out any money at all won't be disadvantaged.

The game will be PC only for the moment; one suspects Uber is waiting for Microsoft to allow true free-to-play games on the Xbox 360. In the meantime, check out the announcement trailer below. 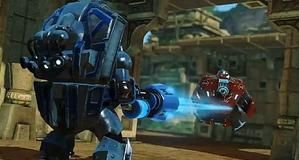