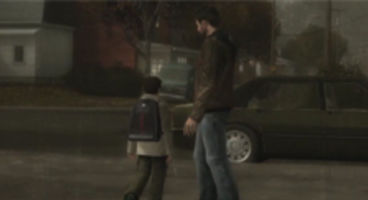 NYPD Blue and Deadwood executive producer David Milch has been given the thumbs up to write the Heavy Rain movie adaptation - it's being called 'Rain'.

Milch won't begin work on the project until he's finished writing up season one of the new HBO horse-racing series 'Luck'. How true will it stay to Heavy Rain?

"David Milch's incredible ability to transform intense and complex storylines into gripping, popular drama makes him the perfect partner for us to have on Heavy Rain," said producer Bob Shaye. Milch needs to finishing horsing around first - yes, I just wrote that.

Heavy Rain already feels like a movie of sorts so will a major Hollywood treatment of it do the Quantic Dream PS3 exclusive any justice? There'll be no QTEs after all...