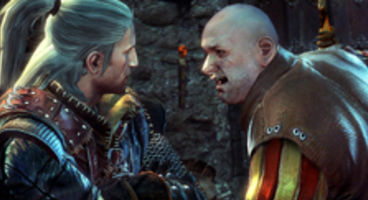 According to a report, CD Projekt's Michael Kicinski said on Polish TV that the studio has an "entirely new project" in getting The Witcher II on consoles.

Either E3 or gamescom will feature an announcement, which has long been rumoured. Tomasz Gop said it was "bound to happen" back in February.

Polish game site PS3SitePl reports that Kicinski revealed the news The Witcher II is in fact going to arrive on consoles. He called it an "entirely new project” that would feature at either E3 or gamescom, read the translation.

"I definitely want to make sure that is doable and that it’s bound to happen, and then I will say that you can expect the game,” said producer Tomasz Gop in February this year.

"Until we have anything solid to show or to say, I’d rather keep my mouth shut. But we’re doing everything we can, I can promise that.” The Witcher II releases on PC May 17th.