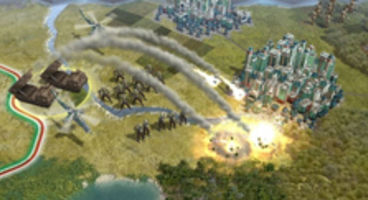 Civilization developer Firaxis Games was working on an "unannounced UnrealEngine3 title" for Xbox 360, PS3 and PC as late as July 2010 says résumé.

Civilization Revolution was the console only instalment to the series which favoured simplified UI to help those living room gamers handle the complex nature of forging a mighty civilization to rule the known randomly generated world.

What is this unannounced UE3-fueled Firaxis game? Will E3 2011 have its debut? Thanks to Doyle's and Jones' online work history we at least know a little of what Firaxis is up to. The last big release from the studio was Civilization V of course.

Fingers crossed for the glorious return of Sid Meier's Pirates!