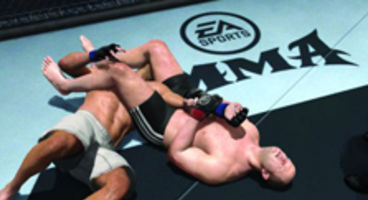 Sorry but EA Sports isn't quite ready to greenlight anymore MMA titles just yet, and what's happened between UFC and Strikeforce certainly "has an impact".

EA's Andrew Wilson said he'd "rather not think about" a world with no fighting EA Sports titles. It's unlikely a deal will be brokered between EA and UFC.

EA Sports MMA licensed Strikeforce fighters which led to the UFC declaring they'd never work with EA, who themselves have an exclusive deal with THQ. However recent developments mean Strikeforce is now under the UFC brand causing major problems.

"A world where we’re not involved in fighting is a world I’d rather not think about. That said, what goes on in the sport, and what’s gone on between the UFC and Strikeforce, certainly has an impact on what we can do in the space," said Andrew Wilson.

"I am, other than Dale Jackson, probably the biggest MMA fan here," he said, referring to EA Sports MMA's executive producer. "I used to watch the fights on pirate VHS tapes in black-and-white. I trained in jiu-jitsu with the Gracie family. I'm a huge fan of the sport."

"So it's not a 'no,' but it's also not a 'yes,'" Wilson said. "We'd love for there to be one because I'm a diehard fan of the sport. We have to figure out how to make that happen."

Are you sad to see EA Sports MMA stalled?