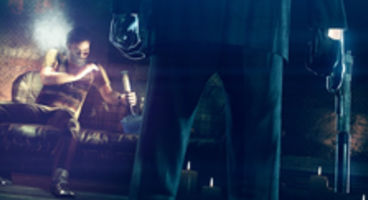 The latest issue of EDGE magazine has caused an avalanche of Hitman: Absolution details to delight the Internet. The traditional map screen is no more.

In its place is Instinct Mode which highlights enemies and their patrols. Check points are in, levels vary from open-ended to 'tight and controlled'.

The guys over at Ripten have torn the latest EDGE issue a new one and summarised the juicy details within for IO Interactive's new Hitman. Fans maybe upset to learn that 47's long-time voice actor has been replaced by someone unknown for now.

Absolution is set in the city of Chicago. The studio has spent an awful lot of timing making sure 47's core movements are highly responsive to the player. We also get vastly improved facial animations thanks to the new Glacier 2 engine.

While Instinct Mode is 47's equivalent of Arkham Asylum’s Detective Mode, we still get a mini map that will highlight points of interest but no main map to study. There are tons of environmental weapons at our disposal throughout levels.

Speaking of levels, there will be a high number of open-ended areas to explore much like in previous titles but some parts will be tight and controlled for the story. For the first time check points are featured in Hitman to relieve frustration.

Disguises aren't going to fool everyone as NPCs may question your action regardless. Instinct Mode can aid bluffs to NPCs like letting you radio police to clear a cordoned off area. There are designated 'safe spots' for disguises like donut boxes when playing a cop.

Crowds are used very differently from past games and the AI reacts dynamically to 47's movements and actions as IO moves focus away from scripted events. Hostages can be taken but the AI won't just shoot blindly to kill you - they don't want to hurt the hostage.