Sony: Gore "narrows the audience," Starhawk to be 'welcoming' 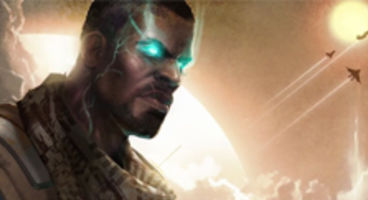 Senior producer Harvard Bonin of Sony has expressed their desire to help Starhawk reach a wider audience, as many gamers were "not being addressed."

You can still achieve a "very powerful feeling" without resulting to gory violence, says Bonin. M-rated titles are at times "more immature" than others.

"The shooter genre seems to mean an M-rated game," noted Harvard Bonin. "We felt like many gamers were not being addressed." Starhawk is a sequel of sorts to Warhawk, a PlayStation 3 exclusive shooter. Sony is aiming for more fans this time around.

"You can still get the very powerful feeling of shooting, and running and gunning, without gore," said the senior producer. The LightBox Interactive team doesn't have some strong mandate forbidding gore from Sony, but that level of violence "narrows the audience."

"And in a lot of ways," he adds, "I think M-rated games are at times much more immature than regular ones. I'm not sure why it is; you get a lot of game makers that grew up on M-rated games, and I don't think they give a lot of the players enough credit."

The game being fun is their primary concern and they aren't promising lofty storytelling or revolutionary narrative techniques. "For us, I wouldn't say this is War and Peace, but it is more sophisticated" than normal games, said Bonin.

"Emmett, as a hero, was actually an outcast, abandoned by the very town he was a part of. And he's in pain." Emmett is Starhawk's protagonist. The game is third-person which is "critical when you're making something based around a character," he said.

Starhawk releases exclusively on PS3 in 2012.