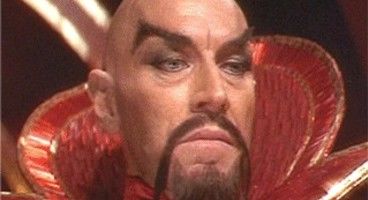 Ming the Merciless will star in Skyrim
Bethesda has revealed the star-studded voice cast that will be lending their acting talents to the open world roleplaying game, The Elder Scrolls V: Skyrim. The cast is led by legendary actors Christopher Plummer and Max von Sydow. Sydow's role was already hinted at by his narration of the debut trailer for Skyrim.

Plummer will be taking on the role of Arngeir, who is described as "a powerful Greybeard elder. An order of philosopher monks who are masters of the Way of the Voice, the Greybeards live in silent isolation atop Skyrim’s largest mountain." Meanwhile, von Sydow plays Esbern, "a chronicler and agent of the Blades who has survived in hiding. Long obsessed with the foretold return of the dragon Alduin, the World Eater, Esbern will teach you how to confront this epic evil."

Tony Award winner and three-time Academy Award nominee Joan Allen (Manhunter, Nixon) will be acting in a videogame for the very first time, playing Delphine, "one of the last remaining members of the Blades – an ancient warrior society once sworn to protect the Emperor. Like you, Delphine is trying to unravel the mystery of the dragons’ return." Wonder Woman herself, Lynda Carter, will be playing a legendary Nord heroine, Gormlaith Golden-Hilt.

Skyrim will altogether feature over 70 different voice actors and over 60,000 lines of dialogue. Hopefully, one will be "Filthy s'wit!"