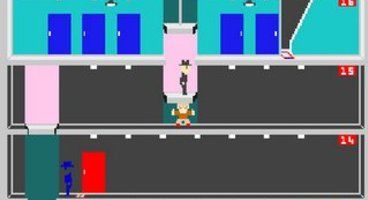 A classic 1983 Taito arcade game, Elevator Action, may be coming to the PlayStation 3, according to the Australian Classification Database, which revealed that Square Enix publishing the title, and a company named B Project Inc. as the game’s developer.

Elevator Action featured a spy who infiltrated a building full of elevators. Players rode elevators and descended stairs and escalators as they made their way to the bottom, where the spy would speed off in his getaway car. Meanwhile, enemy spies fired at you. You could take out the lights and enter certain doors to grab extra points.

The game saw release on the Wii's virtual console, but it will be interesting to see how the game is updated, implied by the "Deluxe" in the title. Expect it to be a digital PlayStation Network title.