Hi-Rez Studios' Tribes: Ascend will be free-to-play, trailer out 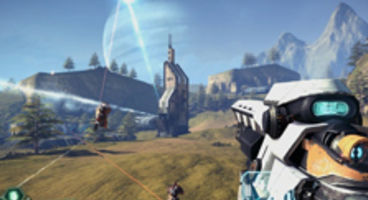 When launched, Tribes: Ascend will be using the free-to-play model as developer Hi-Rez Studios favours purchasable equipment and weapon loadouts.

They're currently "focused on delivering" PC Tribes: Ascend, adding that eventual XBLA and PSN versions are "not out of the question" but aren't this year.

They'll use the League of Legends model but instead of new Champions offered to users, new equipment and weapon loadouts will be available to those who want them, helping gamers focus more on areas like stealth or assault.

"An eventual XBLA version, and even PSN version, is not out of the question but neither will be this year," said Hi-Rez's Todd Harris. The PC version is their sole focus. Tribes: Ascend uses Unreal Engine 3 and is due out later this year. It's currently in beta.