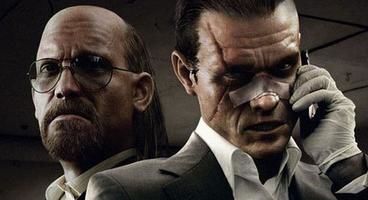 Kane and Lynch, the unlovable, grimy protagonists of the nihilistic Kane & Lynch series, may be getting another adventure, as a recent IO Interactive recruitment call seems to strongly hint that they're working on a sequel.

Gamerzines spotted an ad for senior programmers for an "unannounced 3rd person game with strong cooperative multiplayer elements." Prospective recruits for the positions will be required to "identify problems with existing multiplayer unaware technology and propose solutions," and "advise the game teams on how to best solve multiplayer problems."

Square-Enix, the publisher shepherding the series, continues to show love despite the negative reviews. Exec Ian Livingstone stated a year ago, "We haven't made any announcements about Kane & Lynch going forward, but we all know that Kane and Lynch are two amazing characters who have a lot of brand equity. People like those guys, so they're not going to disappear."

Perhaps this time the developer will give the game a long development time, since the Kane & Lynch theatrical film won't be hitting cinemas until 2013.