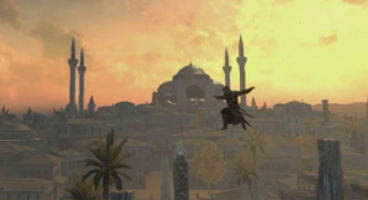 A snapshot of a survey from Ubisoft shows the studio has been asking where people would most like a future Assassin's Creed to be set, like Victorian England or Ancient Egypt.

Maybe some Medieval China appeals to you more? The Russian Revolution with the rise of the Communists? Throwing off British rule in The American Revolution?

It seems they got their development eye on eight different "historical periods and locations" to exploit, and they'd like to know where to go. More Assassin's Creed is due next year.

This little survey signals there's more to Assassin's Creed after Desmond Miles, the star protagonist who accesses the memories of his ancestors. The next major instalment, thought to be out in 2012, is said to bring a close to his chapter. However Ubisoft have been keen to point out the Animus lets us go anywhere.

"Among the following propositions, in which of the following historical periods and locations would you like one of the next Assassin's Creed games to take place?", asked Ubisoft.

The survey options are:

•The violent conflicts of the Imperial Dynasties in Medieval China

•The advent of the mighty British Empire during Victorian England

•The culmination of the Pharaoh Reign in Ancient Egypt

•The invasion of the Americas by the Spanish Conquistadors

•The Warlord Battles in Feudal Japan

•The rise of Cesar's Empire in Ancient Rome

Last week Assassin's Creed: Revelations released on Xbox 360 and PS3, and it launches on PC this week.