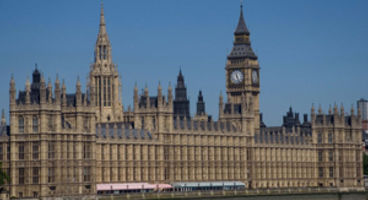 The Next Gen report from Eidos life president Ian Livingstone has been responded to by the UK government who appear to accept the videogame bosses' recommendations.

ICT and computer science in schools "needs reform to better reflect" the role of technology today, and through these there will be a "genuinely rigorous grounding in computer science."

What does it mean? Well the UK can hopefully stay in top form for games development in the future. It'll also keep us competitive in the global economy as games equal cash.

"Teaching of ICT and computer science in schools needs reform to better reflect the changing role of technology and the need to engage the computer scientists of the future,” agreed the UK government. The Next Gen report was commissioned in 2010 by creative industries minister Ed Vaizey, a noted friend to the industry.

Livingstone recommended that computer science become a mandatory part of the school curriculum, given how technology is vital to anything we do now. While the people in charge might now see that through, they at least agree reforms are needed in teaching technology to help our creative industries flourish.

"The economic and cultural value of the UK’s video games and VFX sectors is clear and the long-term potential of their global markets present a great opportunity for UK-based businesses," said minister Ed Vaizey. "It is an industry that has real potential to create the high quality jobs of the future that will be so important as we recover from the recession. We need to invest in talent that will ensure the UK remains at the forefront of games creativity."