Microsoft not ready to discuss Xbox 720 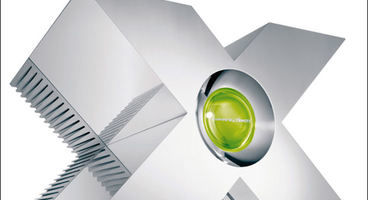 With Nintendo announcing that their 8th generation console would not only be revealed but playable at E3 2011, many eyes have fallen on Microsoft and Sony with questions on when their next generation of consoles would be coming, perhaps moving up the presumptive 2014 release date.

Microsoft has responded to those questions, saying they're not going to rush the hypothetical Xbox 720. "We're really not talking about that," said investor relations boss Bill Koefoed. "Right now we're incredibly excited about what's going on with Xbox 360 and certainly Kinect, which is relatively new to the market, so we're focussed on that."

Kinect's release last year was treated as a console launch by Microsoft, in an attempt to broaden their mass appeal. Judging by financial statements, Microsoft was correct, as the Kinect peripheral sold 2.4 million units in 2011, bringing Kinect lifetime sales to 10.4 million. "Consumers are delighted with Kinect, as well as our entire Xbox 360 platform, for the revolutionary experience it brings to their living room," reported chief financial officer Peter Klein. "Kinect continues to lead the way forward in gaming."

Judging by recent Microsoft job listings, development of Microsoft's 8th generation machine has just begun, which would put it on target for a 2013-2014 release.