EA: Battlefield 3 about "full experience," not about "a number" 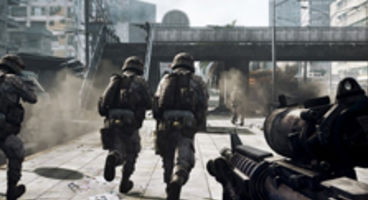 Sorry but 60 frames per second doesn't impress enough to be a major demand for DICE and EA developing Battlefield 3. They've got plenty of toys to play with.

Brand manager Kevin O'Leary reckons in the end it's a moot point as "a lot of people" will get Battlefield 3 and 'that' 60 frame rate shooter coming soon as well.

"How do you deliver the best all-out war experience," O'Leary said. "It's 30 frames per a second on console, but we have destruction, vehicles, a new animation system." DICE explained that they sacrificed those extra frames for more effects and mechanics.

"It's not about a number. It's about the full experience." Ultimately gamers will most likely snap up both of the highly anticipated shooters, with the other of course being Call of Duty: Modern Warfare 3, which does run at 60 frames per second.