Bioware: The Old Republic not the last AAA subscription-based MMO 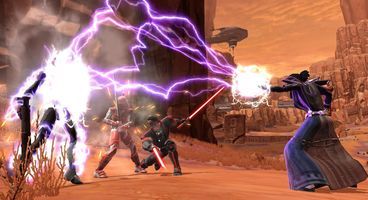 “Those are very kind words in a way,” stated Zeschuk, “I think there will always be a place for premium content at a premium price and that’s one of the differences. Free to play is very much about trial, about ‘Hey, I don’t know what this is, I don’t have confidence that it’s any good, but I’m willing to take a look at it,’ versus ‘I know this is good, from a trusted source, and it’s the biggest license in the world.’ So it’s a different value proposition.”

Muzyka added, “There’s a space for a certain number of premium products that are subscription based or whatever the premium pricing model is. But they have to merit it, they have to earn that from a consumer trust perspective and delivering and exceeding expectations.”

Bioware does admit that the timing of the launch of The Old Republic, stating, "It’s exciting to be launching this now. It’s not that far away now and we see it as a huge opportunity – we think the market is ready for it. There’s a lack of something new and fresh and really powerful; we have research that shows that a lot of people have been waiting for this game. We’re seeing huge demand for it, and we plan to support it long term.”

Star Wars: The Old Republic will be released on December 22 this year.