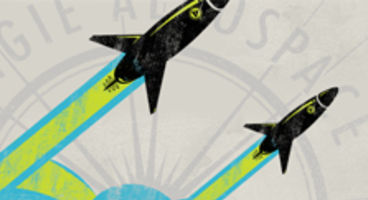 Surprise! Bungie doesn't have a videogame project named or even codenamed 'Bungie Aerospace'. Instead it's a "small, focused effort" to help indie studios.

It's 'main gun' though isn't helping fund indie titles but utilising the Bungie community to help get them noticed. They'll help teams they "believe are passionate".

"We're excited to have this small, focused effort to work with some great game development talent," said Bungie chief operating officer Pete Parsons. "All of them are very, very talented, very, very passionate and excited to bring their games to life. We're going to help them do that along the way."

One such indie title under the Bungie Aerospace initiative is an iOS and Android game from Harebrained Schemes, codenamed Crimson. The small development team is led by Jordan Weisman, former Xbox creative director when Halo: Combat Evolved launched.

"It's not set in that universe. There is no continuity with Crimson Skies. Hopefully if people are familiar with my work in the past, maybe they'll relate that it has a similar, lighthearted, fun approach to its universe," said Weisman.

"But it is a different universe with different types of vehicles and so-on." Crimson Skies was a much loved flight combat game. The bottom line is that Bungie intend to mobilise their huge community of fans to get these Aerospace-endorsed titles noticed.

"We want to give them some of our proprietary rocket fuel, whether that be resources, audience, funding or what have you and let them showcase their great games," said Bungie community manager Eric Osborne.

"There isn't a checklist I could give you about: ‘These are the three things we're looking for,'" said Osborne, referring to what 'qualifies' as a Bungie Aerospace candidate.

"It really is about finding teams that we believe are passionate about making games. That may sound like a naive, optimistic approach, but, when it comes down to it, that's what makes a game great: the people who are building it."

"If we believe in them and see the experience they are building is something that would resonate with us, that's a pretty good metric to think that maybe we should be working with these guys." What do you think of the Bungie Aerospace initiative?

Meanwhile, what the heck are the Halo creators actually developing themselves?!