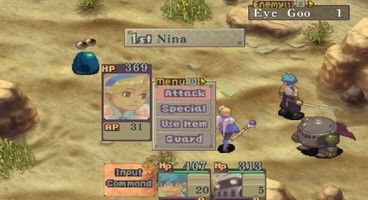 Capcom-Unity community manager Christian Svensson has announced that the PSOne classic Breath of Fire IV will be hitting PlayStation Network on August 16.

According to Svensson, "I'm told BOF4 (for the US anyway) will launch August 16th on PSN... to celebrate, there will also be BOF PSN avatars for sale that day too."

The Breath of Fire series had been an unremarkable JPRG knockoff til Breath of Fire IV was released. The game featured an intricate combo system as well as a beautiful, fully-3D game world that could be rotated.

Check out the original trailer for Breath of Fire IV in the video below.