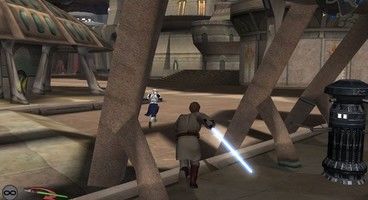 A new rumor has sprung up on Twitter that developer Spark Unlimited, best known for Turning Point: Fall of Liberty and Legendary, is working on the long-awaited sequel Star Wars Battlefront 3, the Star Wars-licensed variation of Battlefield.

According to Game Informer, the rumor springs from two sources. The first is a listing from Spark Unlimited's official site stating the developer is working on something big: "We are in production on an unannounced high-profile, popular game sequel for Xbox 360, PS3 and PC release." The second evidence is that every inquiry made about the developer working on Battlefront 3 is responded with a terse, "You'll have ask Lucas Arts about its franchises, we're just a developer, not publisher."

This rumor might be confirmed if another rumor is true, that Game Informer itself will have Star Wars Battlefront 3 on its cover on the 5th January. This would make Game Informer's report seem to deliberately stoke anticipation for its own upcoming issue.

Of course, all of this is the height of speculation and conjecture - however, where there's smoke, there's fire. Stay tuned.