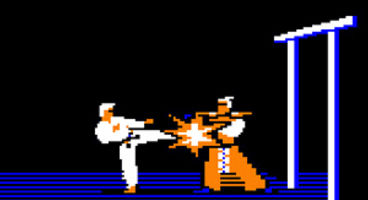 Jordan Mechner created Prince of Persia that went on to spawn multiple titles and even a Jerry Bruckheimer film. The veteran game designer has found a piece of gaming history.

A fan letter from one 17-year-old John Romero dated March 25th, 1985. He praises 21-year-old Mechner for his programming skills on Karateka. Scrolling background wow'ed him.

John Romero, as some may know, went on himself to create a rather impressive IP or two like Doom, Quake and Wolfenstein at id Software. The two will soon meet.

On March 7th, Jordan Mechner and John Romero will be joined by Markus "Notch" Persson, Tim Sweeney, Adam Saltsman and Jane Pickard for a Game Developer's Conference chinwag. The topic will include the resurgence of indie development and Mechner will disclose more about his new Karateka game.

Read below for John Romero's 1985 letter to Jordan Mechner.