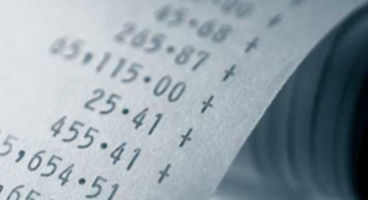 That next Xbox rumoured to be on the way? The one supposedly codenamed 'Durango'? Well it'll let us enjoy much better textures and character models thanks to all those extra polygons.

The bad news is that because there's more room to enjoy visual content developers need to spend more time on them, driving up costs and lead time. Next PlayStation to suffer too.

See what all your bellyaching has got you? Sure there's really swell looking vistas to bog at, but those poor artists have to stay on project more and in longer chain gangs.

"I'm having to double my budget for models," said one developer, busy with a sequel to an Xbox 360 and PS3 title. "If we want to take advantage of Durango's capabilities it takes a lot more time for each model." Sadly this is the drawback to technology advancement in consoles, which could mean more DLC to help recoup higher costs.

Nintendo Wii U's development is already more expensive because of the increased resolution but also the tablet controller means more time spent designing and implementing a new type of interface. It's the unique aspect of the platform that also becomes the largest issue budget wise.

The same problems are expected of PlayStation 4, presumed to be codenamed 'Orbis'. Publishers already bemoan drops in profits and now having to deal with increased developer costs isn't going to make them happy at all. This means they'll be seeking to curtail the trade-in market further with the next Xbox already said to be 'always-on' to tackle piracy.

It's likely there'll be a greater rise in Online Pass schemes, DLC and even subscription services. For a time the next generation will be a painful experience for studios financially and even for gamers as publishers will prefer to stick with known franchises and risk even less than they do with new IP.

It feels like our current way of business is reaching its boiling point. Who'll get scolded the most?