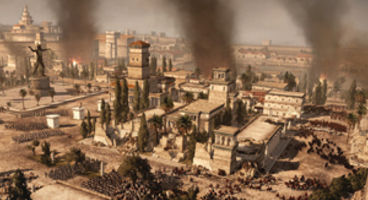 Creative Assembly is busy rebuilding the Republic in Total War: Rome II, due out in 2013, and they've talked a little about their plans to "really push both ends" of the spectrum.

What spectrum would that be? The one where we get to see thousands of troops on a grand scale, but can then visit soldiers on a 'human level'. Creative want more "emotional interactions".

They want us to feel something for those men marching to war; that they aren't just ants on a battlefield. Lead designer James Russell also confirmed land and naval battles combine now.

"...I guess what’s special to us about Total War is the spectrum you get of scales, you drill right down into human level interactions and individuals fighting it out. You can zoom out and see that ten thousand times and it’s that spectrum that makes Total War unique in a way, that you get both of those ends of the spectrum," Russell told RPS.

"What we’re wanting to do with Rome is really, really push both ends of that spectrum, so I think it’s pretty clear on the human level stuff, we want to have more emotional interactions, you see your buddy get downed and you might try and help him up, or you see more interactions…"

For those confident in their overall battle plan, we can zoom in and witness the mayhem up close as our soldiers and officers execute our vision. We get to see a greater degree of interaction among the men.

"...a guy gets hit by an arrow, I react to it, instead of just ignoring it," continued Russell.

"It makes it feel more human, and then you’ve got the facial animation and the shouting of orders and incidentals, and we want that to happen more and more, so you’ll see the officer shout if the unit’s getting flanked, and that kind of stuff, plus the unit level camera, so it’s really pushing that human level scale."

"But then on the other end, really pushing the epic, large-scale spectacle of the battle, so there you saw I think combined battles, so you’ve got land and ships in the same battlefield, and then also we’ve got multiple ships in a unit, because ancient world battles weren’t fought with eight ships, you had several in a unit. We’re having several in a unit because you’re going to have many more ships than before."

We're also promised "bigger environments and epic cities" to wage war on and in but Creative don't want us fearful of the scale as "we’re not intending for it to be more to control, it’s just a more impressive scene."

"It’s more about the larger scale environments and the fact you can do more with each unit rather than having loads more units, so we want to do more with scale without creating that management burden," he explained.

"The same thing’s true on the campaign map, so it’s that combination."

"We want human level dramas and storylines that we can talk about in a sec, but we also want to push the scale so, just as we were talking about on the battlefield, the map of Rome, the Roman World, is going to be bigger than the Rome one, quite a bit bigger, so we’re pushing the map further out."

The team are altering how they deal with territory; they'll give us greater scale without being bogged down in micro management, said Russell. "So for instance on the campaign map, what we want to do with regions is have what we’re calling a province system, where you’ve got a province that’s made up of several different regions, and what that means is that you still capture small chunks of territory."

"So there’s still a lot of strategic depth, you’re not head-shotting great big regions, which means that we can still have hundreds of regions in the map, so it’s really big. We’re having a province system where for several regions, maybe three or four regions, you’re only managing one province. It means that you get the strategic depth in terms of capturing territories and moving armies around."

Check out the full interview between James Russell and Rock, Paper, Shotgun as they discuss the upcoming changes to the Total War campaign and battle formula in Total War: Rome II, which releases on PC in 2013. 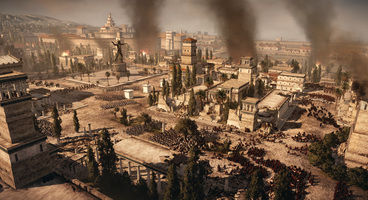 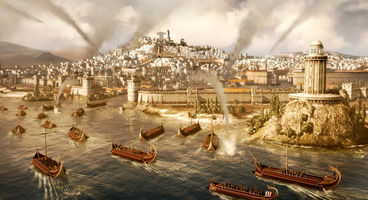