EA: "Day we stop doing new IP" is day we go "on life support" and die 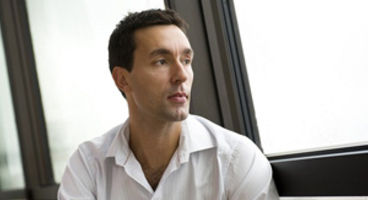 EA Games big cheese Patrick Soderlund, formerly of DICE, has reiterated how critical exploring new IP is for the publisher. While there's nothing announced, "we are absolutely working" on new IP.

New intellectual property is needed "for the creatives" as much as the industry and consumers, says Soderlund. It's crucial they have "something different to think about." EA 'do innovate'.

For those that say EA just cookie cutter new releases, Patrick Soderlund points to the likes of Battlefield 3 as proof they strive to better the formula; Most Wanted is another.

"A lot of people criticise EA for not being innovative. But look at what EA has done with Battlefield 3. We said, here’s a game that looks like nothing you’ve ever seen before. We looked at animation, we looked at audio, we looked at every single part of the visual experience and we said: how can we change this?" said Patrick Soderlund.

"I think if that’s not innovation, I don’t know what innovation is. Then you look at Most Wanted this year and Need for Speed really looks cool and different. Those things don’t just happen by mistake, those are all diligent strategies with someone saying: ‘probably not good enough’."

Above all though it's the pursuit of new IP that keeps the juices pumping: "There’s nothing that we’ve announced but we are absolutely working all the time on new IPs," teased the EA Games label boss.

"To me, the day we stop doing new IP is the day we put ourselves on life support and then we’re slowly going to die. It’s not only needed for the industry and for the consumers but it’s also needed for the creatives. They need something different to think about. They have a lot of creativity built into them that they need to get out. The day that we stop thinking about new things that are not Need for Speed is the day that I’ll probably leave the games industry."

Check out the full interview between Patrick Soderlund and MCV.