No PS3 Dawnguard content "a DLC on PS3 issue" for Skyrim 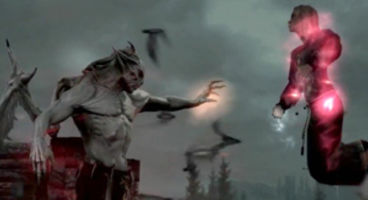 Bethesda's Pete Hines has stated that the issue surrounding Dawnguard's no-show on PlayStation 3 as DLC for The Elder Scrolls V: Skyrim isn't because of Dawnguard itself holding up the line.

The issue, sadly, is more universal than that. The problem lies with DLC on PS3 period. The technical challenge will just keep piling up for the team as more DLC releases for Xbox 360 and PC.

"This is not a "Dawnguard" issue. This is a DLC on PS3 issue. It affected DG because it was the first one," said Pete Hines of Bethesda. "Until we exhaust all the options. There's no date in mind for that," he tweeted when asked for a date. "DG is obviously not the only DLC we’ve been working on either, so the issues of adding content get even more complicated."

Since Dawnguard has been released Bethesda have launched another DLC treat in the form of Hearthfire, which lets Dragonborn set up their own home, upgrade it, furnish it and even adopt children to come live with you.