The Last of Us VGA trailer glimpse imminent, new character gets spotlight 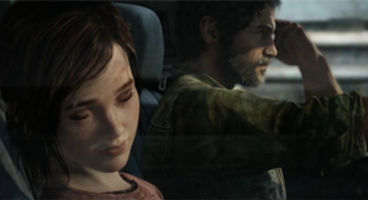 A glimpse of the full trailer hailing from the 2012 Video Game Awards is due today for Naughty Dog's extremely excellent looking The Last of Us, tweets Spike TV's Geoff Keighley.

This is the studio's first foray post Nathan Drake and Uncharted, but they're sticking to their big dramatic storytelling guns as they plunge the world into chaos. Who's the new face in town?

"Quick little glimpse at the The Last of Us' VGA trailer coming up today on http://EW.com , stay tuned," Keighley tweeted. The trailer will reveal a new character.

Want to know what inspired Naughty Dog to bring about the end of the world in The Last of Us? You can thank the BBC's Planet Earth nature documentary. A fungus-infected ant that becomes a victim of the infection, having growths appear on its head, led the team to devise a world where humans could be infected too. Voila! End of the world.

However the game itself isn't much about the fungus infection, or the 'zombie horde' it leaves in its wake, but more about the harsh reality of survival. Yes, they couldn't resist The Walking Dead's spin on getting by day-by-day.

The Last of Us stars Joel, a survivor and the lead anti-hero we play as. He's joined by 14-year-old Ellie who has no memory of before the apocalypse. They're said to have a "father-daughter-like relationship", which came about from Uncharted's Nathan Drake and Victor Sullivan who were 'adoptive father and son' in their own way.