All Zombies Must Die!

All Zombies Must Die! on Steam March 12th 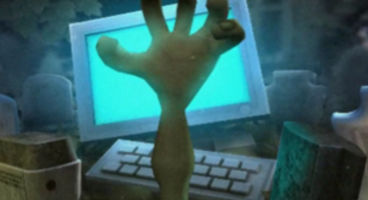 Developer doublesix brings it's "frantic twin-stick shooter" All Zombies Must Die! to PC gamers as it releases March 12th via Steam. It's been "tweaked, tinkered with and transformed".

It addresses the "well-worn subject of zombie slaughter" with shooting and persistent RPG. We're promised a 'treacle' mechanic that lets us wade through zombie hordes.

All Zombies Must Die! released on XBLA December 28th and PSN January 4th. It's the studio's successor to 2009's Burn Zombie Burn! Now PC gamers can finally get in on the action.

"The fate of humanity rests in the hands of four unlikely heroes: Jack, the gamer; Rachel, the girl; Brian, the geek; and Luxo, the alien. Go it alone, or enlist the services of up to three like-minded chums to survive the zombie apocalypse," blurbs the press release. It's a four-player co-op slaughter fest.

"The Steam version of the game addresses ‘zombie swarming’, with a new ‘treacle’ mechanic making it possible to wade through otherwise impenetrable crowds of zombies."

"Additionally, the gate-quest structure of the game has been re-jigged to improve the flow of play, making things less harsh towards the end of the game. As well as all this, the Steam version comes in tow with its own integrated leaderboards and achievements," continued the list of enhanced features.

Does March 12th suddenly hold meaning for you, video gamer?

Related Games:
All Zombies Must Die!

All Zombies Must Die! Essentials 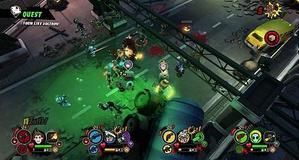