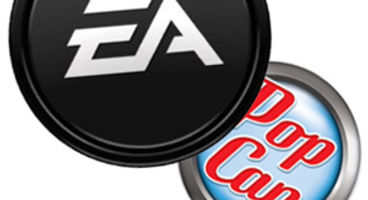 The games business "is hard" and the "art of games is harder". EA 'won' the award with 64.03% of the public vote. The reasons? Milking gamers through DLC and buggy titles.

Another was snapping up studios to shut down competition, and then ruining them and their IP library. PopCap's Vechey dismisses this as being the 'nature of the beast'.

"Everyone makes mistakes. Yup. EA does not have a perfect past. It's made HR mistakes. It's made huge game design screw ups. It's messed up studios, marketing campaigns and beloved franchises (sometimes all at once). It will do so again. There is no perfect company, and I won't promise perfection from PopCap," said Vechey.

EA bought PopCap last year for the sum of $650 million, thanks to the likes of Bejeweled, Plants vs. Zombies and Peggle drawing the big publisher in like a moth to a flame. He was "very glad" of the buyout.

"I believe in EA's leadership. John Riccitiello has a vision for EA that is important. Every year he's been boss, the company has made fewer, better games than the year before. The transition to digital is a hard, difficult road, and John has been leading the company through since he started as CEO."

What about all that paid downloadable content and 'that' ending for Mass Effect 3?

"Gamers may complain about paid DLC, but there has to be something that sits between Farmville and the $60 price point," he said. "EA has been relentlessly trying to find that balance."

"I'm proud to have my studio sit next to DICE, Visceral, Maxis, Tiburon, Black Box, BioWare and more."

"It was a bit frustrating to read EA winning, but when I look at the list of companies, I only see one or two others that actually inspire any emotion or passion. Apple. Google maybe. I may rant or complain about DirectTV's atrocious customer service, Comcast's flakey connection speeds, Bank of America's ATM fees, or ticketmaster charges, but do I really care? Naw. No matter how angry I've been at them, I ultimately don't care," he continued.

"But man... you miss my expectations on the ending of an epic three game space opera that I've spent hundreds of hours enjoying - go f yourself," jibed co-founder John Vechey. Are EA really the absolute worst American company?