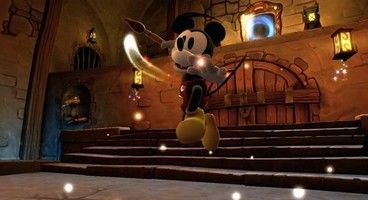 Warren Spector stated a few months ago that he saw "fear" in people's eyes when he revealed there would be musical numbers in Epic Mickey 2. Those people may be terrified at Spector's intention for Epic Mickey 3, to make it a "full musical experience".

“I had some really crazy ideas about ways to use music in games, that seemed very Disney-like to me,” he related, then realized that he needed to go more daring with the third game, with Epic Mickey 2 as a test.

“This time around, in the second game, I just wanted to take a baby-step to making the full-blown interactive musical game. This is not it. Gamers, you tell ’em there are songs in the game and they start getting panicked, but I just want to see if people will accept songs in games and, if they do, next time I’m going crazy," Spector promised, then added, "People don’t even know what’s gonna hit ’em.”