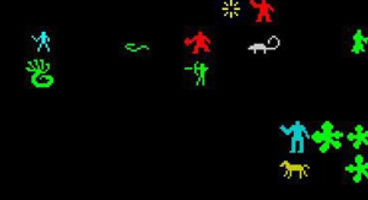 Julian Gollop, creator of XCOM, has confessed his genuine surprise at the volume of noise from fans to remake or "re-engineer" Chaos: The Battle of Wizards, which released in 1985.

It's a turn-based tactics title published by Games Workshop, and developed by Gollop for the ZX Spectrum. He has "always agreed" to requests for a remake.

For the past 5 years Julian Gollop has been a member of Ubisoft Sofia, and recently worked on Assassin's Creed III: Liberation for PlayStation Vita. He left in March to care for his newborns.

He decided he wanted to "stay at my home with my family for a while longer," having taken 6 months paternity leave to help his wife care for their twins. "So now I am on my own, working in my bedroom, just like I did all those years ago when I was coding in Z80 assembly language on my 48k ZX Spectrum," blogged Julian Gollop.

The remake of the 1985 ZX Spectrum relic is to be powered by the Unity3D engine and will release for PC, Mac, iOS and "hopefully Android, Linux and Ouya as well". Once a working prototype is up and running Gollop will start a funding campaign to get direct community support.

"One of the reasons I think Chaos worked well is that it was a great multiplayer experience appropriate for the technology of the time. You could gather up to eight mates to play a game in a relatively quick game, despite its plodding turn-based nature. It was also a psychological game of bluff where you were never sure whether an opponent's creature was an illusion unless someone disbelieved it," explained its creator.

"If you chose to disbelieve it yourself then you were foregoing a valuable opportunity for another spell. There was the minor inconvenience that your spell selection had to be done in secret, which meant other players had to avert their gaze from the screen, but this was a brief interlude in the chaotic fun."