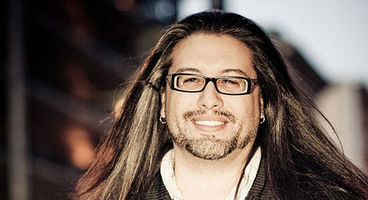 According to Romero, "Yes, I'm definitely going to be making another shooter and it will be on PC first. I don't want to talk about the details but I already know what it is. I've already kind of designed the thing and it's pretty cool - though of course, I am going to say that. I think it's a neat design, I haven't seen the design anywhere else."

The game seems to be a persistent world shooter much in the vein of PlanetSide, as Romero described, "It has persistent player data, the character grows and gets better over time."

While the game is an online first person shooter, the game will have a "narrative wrapper and reward system", which Romero claimed "are all unique." Thanks to previous bad experiences, Romero refused to detail more about the game. The constant hype that helped doom Daikatana was not explicitly named, but heavily implied.

Romero also took the time to reveal his own thoughts about the state of first person shooters in general, stating that he was not a fan of cover mechanics or the player being a "bullet sponge".

"I'm not that interested in the tank-like player; I like feeling that I have skill in the game," he related, blaming console shooters for those mechanics, adding, "I do realise that a lot of the movement in new shooters is directly attributable to the console controller because you can't play well and fast with them so they had to come up with some design to make it so the player can do something else if they can't skillfully move quickly. They have to do something different."

He went on to describe himself as a "twist" shooter kind of gamer. "I'm a PC mouse and keyboard type player," he stated. "I love twitch 180s, fast targeting, fast firing, fast movement. So anything that's not like that - like current shooters that are basically a track going through a level to the exit and everything is closed off - is not interesting to me."

"I like to explore my levels, y'know? So I'm not a fan of on-rail shooting or slow-moving cover systems," he went on to say, "That's not to say that Gears isn't a great game but as a player I'm more interested in speed and fast movement." 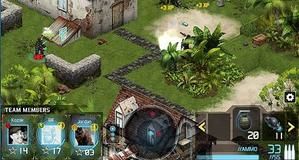