PAX East 2012: Magic: The Gathering – Duels Of The Planeswalkers 2013 confirmed

06 April 2012 | By Jonah A. Falcon
Wizards of the Coast has confirmed that the company will be releasing Magic: the Gathering - Duels of the Planeswalkers 2013 this Summer for PC, Xbox Live Arcade and PlayStation Network. will bring its latest version of Magic the Gathering to XBox 360, PlayStation 3, PC, and iPad this summer. 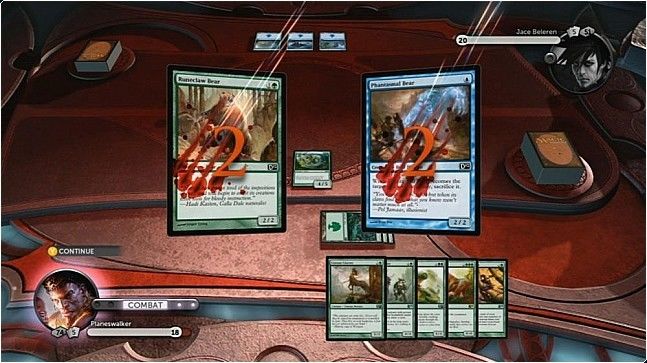 The 2013 edition will allow players to manually tap lands instead of automatically tap when spells are cast. "Although Duels of the Planeswalkers is mostly for people who are new to Magic, it's a lot of fun for people who have been playing Magic long enough to know what's what. So for Duels of the Planeswalkers 2013, you can turn on an option to let you choose exactly which lands to tap!"

The new game will also feature new decks, boss fights, and puzzles. However, the price of the game has not yet been revealed.

Magic: the Gathering - Duels of the Planeswalkers 2013 was previously leaked by the Korean ratings board.