06 August 2012 | By Nick Akerman
London 2012: The Official Video Game has held onto gold for a second week, batting off the likes of LEGO Batman with ease.

The UK is currently gripped amongst Olympic Fever, and it shows.

Here's the full chart for the week ending August 4th:

As the Olympics enters its final week, will the game triumph for a third time? 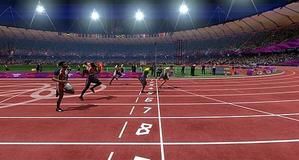