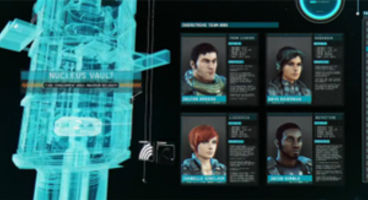 The project once known as Overstike but is now known as Fuse has been given a 'mission briefing' teaser by Ratchet & Clank developer Insomniac Games. The trailer is very much a sneak peak.

During E3 back in June, EA Labels president Frank Gibeau said it wasn't showcased because Insomniac needed "some extra time to nail the gameplay" and quality of the new IP.

Fuse is the new name for the latest from the Resistance creator, having dropped the Overstrike moniker. The trailer is just 55 secs and teases a merc team being contracted for 'damage control'.

"Combining Insomniac's knack for imaginative weaponry with immersive and witty storytelling, Overstrike is a four-player cooperative action game featuring a team of elite agents called Overstrike 9," read the original blurb for the Insomniac game. The trailer shows four characters and so co-op play looks to be still on.

Fuse releases on Xbox 360 and PS3 at an undisclosed date.