GDC 2012: CD Projekt RED states it will never use DRM ever again 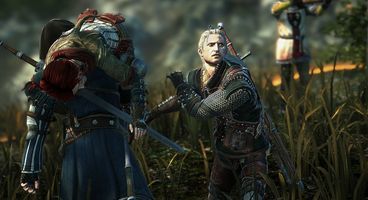 CD Project Red CEO Marcin Iwinski has announced at the Game Developers Conference today that his studio, which developed The Witcher 2, will never use digital rights management ever again.

"We release the game. It's cracked in two hours, it was no time for Witcher 2. What really surprised me is that the pirates didn't use the GOG version, which was not protected. They took the SecuROM retail version, cracked it and said 'we cracked it' -- meanwhile there's a non-secure version with a simultaneous release. You'd think the GOG version would be the one floating around," Iwinski explained.

The CEO stated after the presentation flatly, "DRM does not protect your game. If there are examples that it does, then people maybe should consider it, but then there are complications with legit users."

Last November 11, 2011, GOG.com founder stated in an open letter to publishers, "Your customers hate DRM. DRM is making companies feel safe while they handle some business, they are trying to protect their product and protect their sales, but the reality is very different.

"The reality is DRM does not protect your content. Every game is pirated within a few hours of release or more often before it's released. DRM is not protecting your product or your sales, it's going to harm your sales in the long run."

"By putting DRM in your games you are working against your consumers, you are harming those you should cherish. It's only hurting your loyal consumers which is counter-productive."