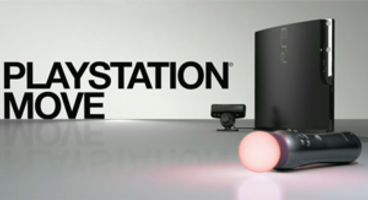 Sony engineer Gabe Ahn wouldn't reveal how many PlayStation Move units had actually sold to consumers, but did reveal that 10.5m had at least been shipped out to retailers.

That includes the Navigation Controllers. During GDC Ahn stated that Sony saw Move as "successful" for the company. They've got plans for it still with titles like Sorcery due in May.

Sony Europe's Jim Ryan has admitted that they could have done more to keep their message clear for PlayStation Move post-launch. 1.7m sold during Christmas 2011.

"Across Europe, the middle part of 2011 was slower than we'd have liked," SCE Europe head Jim Ryan told MCV.

"There are a few things that we have got a lot more clear-minded about in terms of targeting the family, social markets, and not being all things to all men with Move."

"We were very energetic in our marketing, and the early signs are that that has paid off. Also our developers are making a step-change in their ability to do exciting things with Move software. And the fruits of that will be seen in 2012 and beyond." PlayStation Move launched in Europe September 15th, 2010. Sorcery finally releases this May.