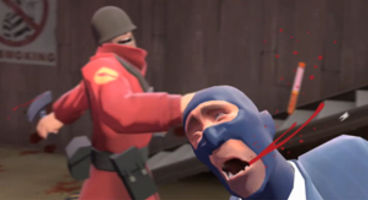 Valve's decision to switch Team Fortress 2 to a free-to-play game was big and "everything could have gone horribly wrong," but they gambled on the new business model.

When they introduced the item store revenue for Team Fortress 2 was already 4 times higher than monthly sales of the game. Going free-to-play rocketed that to 12 times.

"This wasn't a change we made lightly, but it was something we had to do to get our game into the free-to-play business model," explained Valve's Joe Ludwig about the item store.

Before going completely F2P, Valve opened the item store to start gearing up Team Fortress 2 fans with the idea of micro transactions. It was the perfect way for the studio to explore this new business model. "They had never paid for an item in TF2 at any point in the past, and we weren't sure how willing they'd be to pay now."

"This is just the beginning of taking the lessons we've learned from TF2 and applying them to Steam itself," Ludwig said, "It was risky, everything could have gone horribly wrong, but we felt it was worth the risk to try the new business model."

The Valve exec notes there's a "fundamental tension between building the game to satisfy existing players and attract new players." With boxed triple A titles "the only people who can earn you new revenue are the people who haven't bought your game. This drives you to build new content to attract new people," continued Ludwig.

Have you been enjoying some free Team Fortress 2? Have you bought anything from it?