08 April 2012 | By Jonah A. Falcon
The PlayStation Network version of Skullgirls is due to land on PlayStation 3 this week in North America on the 10th April, which will be followed by the Xbox Live Arcade version a day later on the 11th. The game will cost 1200 Microsoft Points ($14.99 USD).

Skullgirls is a manic, goofy yet extremely well-balanced and challenging fighting game which has already gotten quite the large following, and will be featured in major tournaments this year.

Reverge Labs released a gameplay trailer - check it out in the video below. 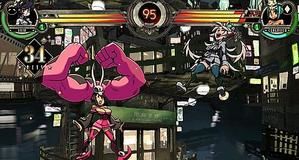