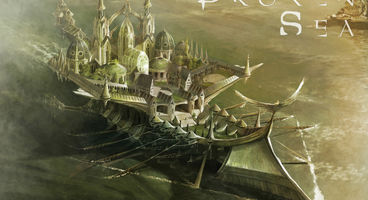 During Strategy Informer's visit with Neocore at E3 2012, the developer revealed Broken Sea, a party-based tactical-RPG whose style they stated compared best with Dragon Age.

According to the developer's press release, "Broken Sea takes place in a world of high magic, action-packed battles and grand storytelling. Beginning the game as a respected member of your order in an almost-forgotten monastery, players will seek out the colossal Dominion Ship—the last of its kind—and journey to the massive archipelago that once prospered under the rule of the Emperor Mages. Assembling their own party of heroes, players must face tactical battles and explore the unknown in order to survive, and restore their once-great order."

The demo reel, which was strictly closed door for media, showed off some truly gorgeous graphics that will give players' graphic cards a workout. Even more than the technical artistry, the game's art direction resembles a combination of Roman and Gothic anime, lending a unique look to the game.

Neocore did not give a release date for the game, and only that it was in development and in a pre-alpha state. 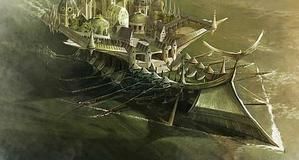