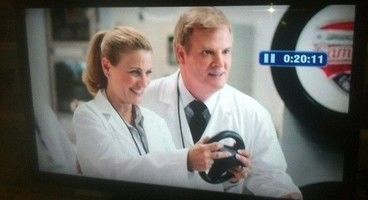 Sony has gotten its knickers in a twist as it has issued a lawsuit to Jerry Lambert, the actor who played the fictional Sony exec Kevin Butler, for appearing in a Bridgestone "Game On" television ad promoting the Wii, despite being nameless.

According to Sony senior director of corporate communications Dan Race, "We invested significant resources in bringing the Kevin Butler character to life and he's become an iconic personality directly associated with PlayStation products over the years," Sony's statement says. "Use of the Kevin Butler character to sell products other than those from PlayStation misappropriates Sony's intellectual property, creates confusion in the market, and causes damage to Sony."

Some of the issues arise from the fact that the "Kevin Butler" character was created by an ad agency, not Sony, and if the ad agency owns the rights to the character, Sony has no say. There's also Fair Use, as well as the fact that Lambert could have just been playing himself.

And even if Sony believes it has a valid lawsuit, there's a certain amount of sleaziness to suing the actor over appearing for less than 3 seconds in an ad, hired by the same ad agency. This pettiness doesn't paint Sony in a positive light.