Netflix switches on for UK and Ireland, apps now downloadable 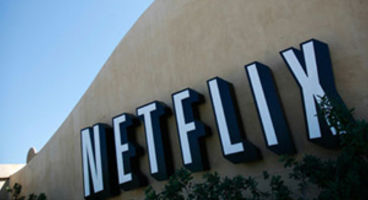 Xbox 360, PS3 and Nintendo Wii gamers in the UK and Ireland can start to enjoy Netflix's Internet streaming movie and TV archives as of today as their platform apps become available.

Netflix plans more services for a "range of consumer electronics devices" in the UK to be supported early this year. It'll cost £5.99 and €6.99 a month in the UK and Ireland respectively.

The pricing is on par with film stream rival LoveFilm, the already well established UK movie rental service that now streams its wares online. The PS3 Netflix app is ready to go.

Nintendo Wii's Wii Shop Channel also carries the app but Xbox Live seemed to be hiding it a little as the Marketplace doesn't openly carry it, but a Bing search will reveal it's available to use. Subscribers to Netflix will get their first month free with subscriptions kicking after the trial period. Do you use streaming services for films and TV?