Tony Hawk: Ride "got rushed" because of time spent figuring out peripheral 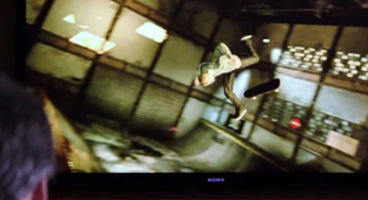 Remember Activision's skateboard peripheral and its accompanying Tony Hawk: Ride release? Pro skater Tony Hawk sure remembers, and says it suffered because of the board.

Too much time was spent figuring it out, which they thought "would have been the easier part," leading to Ride itself getting rushed. Shred was "what I wanted Ride to be".

Sadly the damage had already been done by Ride, sinking follow-up Shred's chances with fans. Also by then the wave of peripherals was "fading away, so it was bad timing."

"Doing Ride, that project got rushed because it took us half the time to figure out the peripheral, which we thought would have been the easier part," revealed Tony Hawk. "Ride was rushed, and Shred was what I wanted Ride to be, but by the time Shred came out peripherals were fading away, so it was bad timing."

"Even so, I'm still proud of it. I wish Shred would have come out sooner. Once people started using full-body motion and all this plastic started piling up, that was kind of the end of it. If we had the right timeframe, we could have made it something more critically acclaimed." The Tony Hawk franchise has waned significantly over the years.

"Ride sold well. Shred was coming off the heels of bad reviews of Ride. That was a hard tide to work against."

Activision returns to the most iconic series with a 'master plan' to win fan approval. Tony Hawk Pro Skater HD includes HD remakes of levels from the original two games as the publisher jumps aboard the bandwagon.

"It's a bit diluted," Hawk said of the genre. "Not just because of the titles but because of all the devices. There are so many ways to get games now. It's still alive and well. There's definitely still a lot of interest and skating and technology keeps evolving. It'll be here to stay in some form."

He hopes this HD revival is a "foundation to build on bringing this type of gameplay back" to gamers.