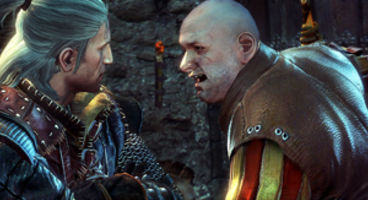 Konrad Tomaszkiewicz of The Witcher developer CD Projekt RED says for a studio to deliver a 'mature' experience, like those in their own RPG, you mustn't "get too preachy".

You're best off letting "gamers judge what's going on" and making their own decisions with little to no handholding. Treat gamers "like grown-ups" and let them "use their own moral judgments."

You can't just throw in a bloodied corpse or naked lady to achieve a mature atmosphere, argues Tomaszkiewicz. They should be "a tool in achieving your goal, not the goal itself."

"Don’t get too preachy and let gamers judge what’s going on the screen for themselves. Look at The Witcher 2 – we give the gamers unclear moral choices, but they have to decide which one they will take. Let’s treat gamers like grown-ups and let them use their own moral judgments," replied Konrad Tomaszkiewicz to VG247.

"Also mature themes can’t feel artificial. It’s easy to put a brutally wrecked corpse or a naked woman into the game, but it’s tricky to do it in a way that serves the narration you want to tell. This has to be done with taste and be a tool in achieving your goal, not the goal itself."

Tomaszkiewicz also beat the CD Projekt RED drum of 'DLC as a service': "We’ve always believed in free DLCs. The thing is that we consider DLCs as a normal post sale service, which shouldn’t be priced." The studio's contention is with DLC that offers only a few costumes or maps and charges a sizeable sum to fans; that's wrong to do they argue.

"Back when retail games were dominant, we had expansion packs. These were really large chunks of content, which were worth their price. If today’s DLCs offered the same amount of content, they would be worth paying for, but in most cases players think they are overcharged for what they receive," he continued.

"That’s why we offer expansions to our game for free. This is also a way of saying “thank you” to the people who decided to buy our game instead of copying it from an unauthorised source."

Check out the full interview between Konrad Tomaszkiewicz and VG247. CD Projekt RED is now working on a new RPG cyberpunk series which benefits from all that Witcher experience.

"We still wanted to create games designed for the grown-up gamer, and Cyberpunk is the perfect setting which allows us to touch other important themes than those in The Witcher, because of its fantasy setting. What you can expect from Cyberpunk is that it will be as mature as The Witcher and set in a realistic and brutal world," he teased.