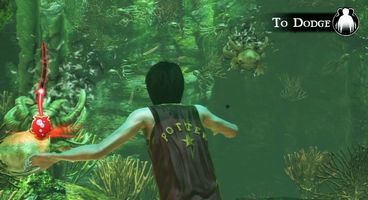 Warner Bros. Interactive has announced that Harry Potter for Kinect, which was due last week, is now available exclusively on the Xbox 360 today. The game, as the title states, is a Kinect title where players can assume the role of either Harry Potter, Ron Weasley, Hermione Granger or themselves in a series of games in Hogwarts - and beyond.

Players can scan their own face with the Kinect sensor to become a student at Hogwarts alongside Harry and join him and his friends in his adventures.

The game features a series of mini-games where players cast spells at opponents, repel Dementors, battle Death Eaters, duck to avoid the wild branches of the Whomping Willow, swim alongside Grindylows in the lake, and dodge dangerous Bludgers during a Quidditch match, all using the Kinect sensor.

Harry Potter for Kinect will cost $49.99 USD. Players interested in checking the game out can visit the official site here.