10 January 2012 | By Jonah A. Falcon
The 8th update for DC Universe Online is now available, and adds a Research & Development system that allows players to craft new and powerful items and equipment mods. 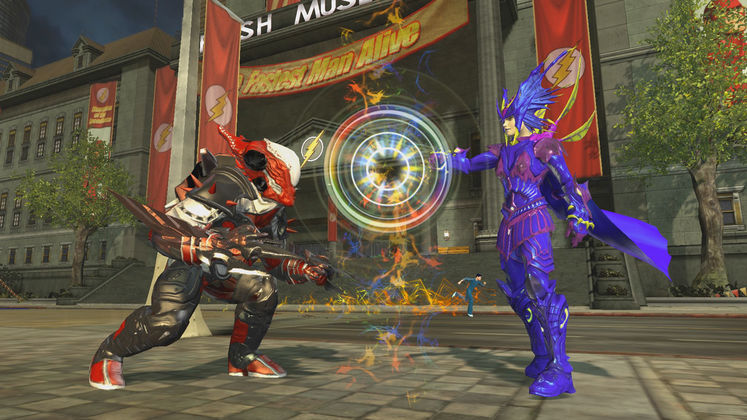 At level 10, players are directed to their faction's R&D contact, which is the Watchtower for Heroes and the Hall of Doom for Villains. In the respective buildings, stations and vendors aid the players in crafting equipment mods and consumables. Equipment mods are a new type of item that basically sockets into players' existing gear to give a stat buff. Mods aren't restricted to equipment, either. Players can also craft their own consumables to restore health, power and a temporary buff.

There are four main aspects to crafting:

* Finding and Researching: Plans to create Equipment Mods to upgrade gear and consumables can be collected throughout the world.

* Gathering: Throughout the open world (including Gotham City, Metropolis and Central City), players (1-30) can find exobytes and other items.

* Salvaging: Players can turn unused, uncommon or rare items into crafting materials, and they can recover a rare item and create a useful piece of new equipment.

* Collecting: Bosses will drop useful ingredients such as Focusing Elements and Plans throughout the game.

The 8th Update will be released free for all subscription levels, including Free, Premium and Legendary.