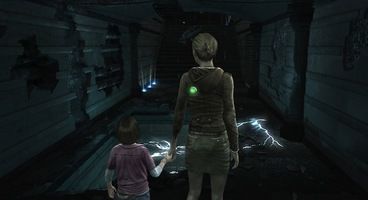 It seems Amy will be released for the same price and date on PlayStation Network as it will on Xbox Live Arcade in North America after all.

While publisher Lexis Numerique had no problems with releasing Amy in Europe for the same price on both service, problems arose with the exchange rate. While the Xbox Live Arcade version was still the same price in North America ($10 USD via 800 Microsoft Points), the PSN version became costlier at $12.73, which is what 10 Euro amounts to in North America.

Amy is a zombie survival horror game in which the gamer plays a woman named Lana who has been infected with a zombifying virus, and is aided by a mysterious 8 year old girl, Amy, whose presence mitigates the disease.