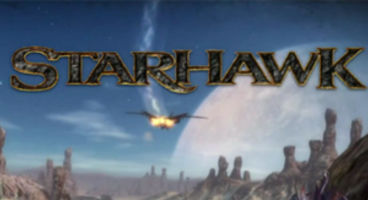 Information about the public beta for Starhawk from Warhawk developer Lightbox Interactive is coming very soon, but one thing we needn't ponder about is the existence of DLC.

Senior producer Harvard Bonin confirms the studio plan to release both free and premium content packages once the game is out on PlayStation 3. It "might be surprising."

Warhawk was no stranger to getting post release content, of which some was free, so Lightbox intend to keep that torch burning bright with Starhawk. No specifics have been revealed.

"Actually, I can't go into specifics, but we do have a bunch of free DLC planned...and it might be surprising. We, of course, have stuff we are happy to take your money for, too! We rethought our DLC strategy and we'll reveal more about it as we get closer to release," spilled Harvard Bonin.

The next big step is the public beta. "The public beta will include Korea, Japan, Europe, Latin America and North America so it's truly a global beta. We expect to see more unique play-styles and bugs. We'll also get the PlayStation Plus members and the Uncharted 3 (North America and Europe) voucher owners in there as well," he added.

Starhawk releases exclusively on PS3 this year at an undisclosed date.