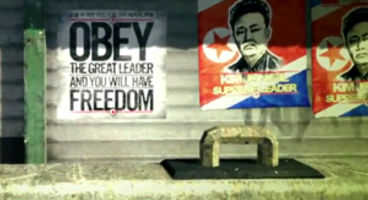 A release schedule for publisher THQ has announced Homefront Ultimate Edition will be coming our way before the end of this fiscal year, which strikes out March 31st.

This bundle likely includes multiplayer map pack add-ons The Rock and Fire Sale. It's unclear if anything else will be thrown in as a treat. Homefront got a so-so reception.

While not trail blazing the charts, the original game has at least established the fledgling IP. A sequel is in the works at Crytek UK which is due for release in fiscal 2014.

Original developer Kaos Studios became defunct not long after the shooter's release. In the game we play as part of the American resistance to a North Korean led invasion of the US. THQ have talked up big plans for the series including a possible trip to Britain. The story was co-authored by Apocalypse Now and Red Dawn's John Milius.